The parasocial carpenter bee does not colonize, but instead, pairs with a partner to breed. The adult male carpenter bee is orange and black while the female is solid black, with a hairless abdomen. Only the female has a stinger, but both genders will go into full attack mode when coming under threat by human, bird, and animal predators.

The carpenter bee fits the criteria to be classified as an “overwintering pest,” various insect species that enter a dormant state (overwinter) before or soon after the winter season kicks in each year. The insect’s activity is at its highest between April and May or during the breeding season. Carpenter bees remain in the overwintering state until the weather becomes consistently warm, which is sometime in April.

Between the genders, the female tends to have the longest lifespan, as the male dies soon after breeding. The female remains alive to care for the young and erect nests for her eggs. Nest-building is a comprehensive process for the female impregnated carpenter bee. The process begins with the boring of a hole that will be utilized as an entrance to a tunnel where the female will deposit her eggs.

Why Is My New York City Property Under A Carpenter Bee Threat?

Carpenter bees do pose a danger to humans and animals, regardless if they are a predator or not. When a human or animal innocently hears a carpenter bee nest, the female’s aggression will kick in. The closer to the nest, the intruder comes, the higher the female’s aggression level. At this point, it will be difficult to ignore the fatal mistake. It would be a good idea to slowly turn around and exit the area at a steady pace.

Do Carpenter Bees Cause Structural Damage?

Yes, the holes and tunnels bored in wooden structures can cause structural damage. While a decaying tree, tree stump, or downed tree is the carpenter bee’s biggest target, any rotting structure constructed from wood could be utilized by carpenter bees.

What Is The Best Carpenter Bee Pest Management Solution?

Carpenter bees do not infest like carpenter ants, termites, and box elder “boxelder” bugs. Instead, the female carpenter will erect and share nests with other impregnated females, which could result in an infestation.

Do Exterminators Advice Against DIY Pest Control For Carpenter Bees?

In most cases, yes, even though carpenter bees do not colonize. The mere fact, multiple carpenter bee females are utilizing the same nest to house their young, creates a dangerous situation for everyone involved. And, do not forget, the female has a stinger that she will utilize to protect the nest.

While carpenter bees appear to be nothing more than a problem, we are talking about stinging insects. So, no, over-the-counter pest control products are not recommended in this case.

Must I Worry About Harmful Pesticide Exposure?

No, our exterminators will not initiate a chemical-based pest control treatment will the client and/or family members are present. The exterminator will not even consider initiate treatment until the property is completely vacated by all impacted residents.

What Is The Best And Safest Way To Approach A Carpenter Bee Prevention?

We believe the safest pest control strategy begins with the extermination of the adult carpenter bees, followed by the removal of the nest, larvae, and eggs. The good news, carpenter bees will not hang around forever. In fact, many only come to breed while others will remain behind for up to a year, at which time both genders will no longer be viable.

The only way to prevent a repeat carpenter bee infestation is to remove the nest to its entirety. To do this, it may be necessary to remove the entire wood structure housing the nest. It is likely, the structure is damaged behind repair. Removing the entire structure will be your best option

What Time Will The Exterminator Perform My Carpenter Bee Property Inspection?

We never schedule an extermination visit without the client’s approval. Learn more by contacting our New York City extermination company. 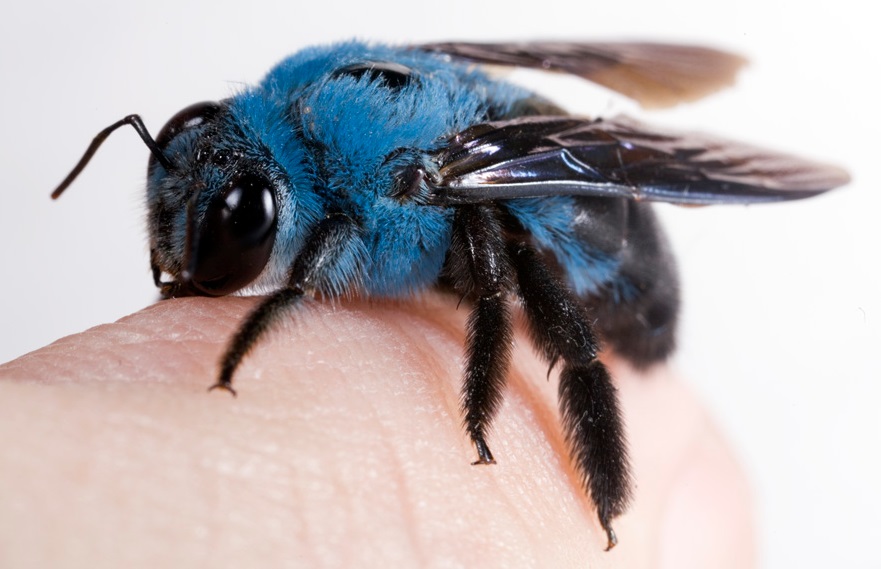