Termites are small insects that terrorize property owners seven days a week, 365 days a year. Unlike stinkbugs, box elder bugs “boxelder bugs”, and ladybugs, the termite is active year-round. However, more termite sightings are reported in New York City between March and November than any other time of the year. This is generally not uncommon among insects since most species are not favorable to cold weather.

Termites colonize to ensure the longest lifespan and to protect their kind from extinction. Plant cellulose and organic materials, paper, decaying wood, old fabric furniture, and cotton material, make up the termite diet.

Like the ant, termites build extensive underground colonies for their nests. The termite tunnel can house a high volume of nests, larvae, eggs, and adult termites. Termites are highly known for their structural damage. Another feature, the termite has in common with the ant is the mandibles. These pincers operate in the same manner as tongs and surgical forceps. The insect utilizes its mandibles when foraging for food, erecting nests and underground tunnels, and copulation.

What Is The Most Common Termite Sighting In New York City?

What About The Termite Colony?

The termite colony is similar to the ant colony with a few exceptions.

The termite colony’s most influential member is the queen who is responsible for reproducing. The queen grows up to 4 inches in length. Her large size is contributed to inactivity. When the queen termite relocates from one place to another, she needs a lot of termite power. In many cases, hundreds of workers combine their termite power to move the queen to a new location.

A queen termite can produce up to 30,000 eggs every 24 hours. She has the longest lifespan compared to all the other colony members.

The worker is responsible for caring for the queen, foraging for food, erecting colonies, and nesting. The worker is the hardest-working member of the termite colony. The adult worker termite grows up to 10 millimeters long, described by many as the size of a grain of rice.

Termite soldiers do not have wings. Their translucent-like body is soft and about 13-1/2 millimeters in length. The soldier is responsible for protecting all the colony members, especially the queen and young. They fight off predator ants trying to invade their food supply.

During spring, the termite colony will begin producing swarmer termites. These termites have wings and can fly. They will leave their colony and travel around the nearby area. Once they’ve found a suitable place, they’ll build a new colony. A termite colony can have many swarmers. However, it is only going to have one king and one queen.

Which Termites Are In New York?

New York is home to several termite species, but the Subterranean termite is the most common. These termites are found in every state in the United States except Alaska.

These termites tend to live in underground nests. When living above ground, they live in moist locations. To gain access to food without being attacked, they’ll build and travel through mud tubes. These termites consume cellulose. During spring, Subterranean termite colonies produce termite swarmers so they can spread to new areas.

You cannot ignore a termite infestation because it can destroy your home. Termites have strong jaws and use them to chew through your wood. When the problem is left untreated, it will cause immense property damage. Eliminate them quickly or your home might be destroyed.

Things To Know About Termites

As you already know, termites can create immense problems for New York residents. You cannot ignore a termite infestation because it will worsen. However, you don’t need to worry about your health. They cannot bite or transmit disease. They’re not going to hurt you. Still, they can take a toll. They’ll destroy your home and this will be enough to keep you up at night. If you don’t address the problem, it could lead to stress, anxiety, and mental health issues.

Getting Rid Of Termite Infestations

Once you’ve found termites on your property, it is pertinent to find a solution rapidly. Failing to do so could cause additional problems soon. Termites can destroy your home and your belongings. Tackling the problem swiftly is the best way to defend your assets. What is the best way to get rid of termites? Unfortunately, termites will be difficult to eliminate on your own. You’ll want to get help from a professional. Our company offers reliable, safe termite removal services. We can help you eliminate the problem so you can protect your home.

Eliminating Termites On Your Own

Could you tackle this problem without hiring an exterminator? Although there is a chance that you could, that chance is low. The problem is that many do-it-yourself remedies are not reliable. They work sometimes, but not always. Another thing to note is that they’re going to expose you to dangerous chemicals. We believe it is best to avoid these products because they could be unsafe. We can help deal with the problem.

When Can You Get Here?

Call our office to learn more about the services we offer. We should be able to contact you back in 48 hours or sooner.

Our company uses EPA-registered products to eliminate termites safely. We’ve specifically selected these products to guarantee that we can kill the termites without creating problems for people, pets, or plants. Our solutions are safe and effective. Furthermore, our technicians are trained extensively so they can provide you with a pleasant, satisfactory service.

You need to do everything you can to avoid future termite infestations. Use the tips below to stop them from attacking your home.

About Our Termite Control Solutions in NYC

Many residents in New York City are going to be forced to confront termites at some point or another. Some pests are going to drive up you the wall. Termites are going to eat the walls of your home. Just remember that you do not have to let these pests ruin your home.

Our company offers the termite solutions that you’re after at the prices that you deserve. We are capable of treating residential and commercial buildings. Our team is comprised of thoroughly experienced technicians so that we can handle even the severest of termite infestations.

Remember that most ordinary individuals cannot handle termites on their own. A professional is needed. This is why you should get in touch with us. Our company has the skills needed to eliminate those pests in the shortest period of time. We provide the highest-quality services at the lowest costs.

More About Our Methods

Termites are far more serious than you could ever imagine. If you’re trying to eliminate these bugs on your own, there is a good chance that you’re going to get nowhere. Instead, you’re going to need to team up with a professional. In New York City, termites have become very problematic for consumers throughout the city and beyond.

You don’t have to put up with them. Regardless of how severe your infestation has become, you can count on us to rectify the problem quickly. Our technicians will even provide you with additional knowledge about termites, so you can keep them away for good.

It needs to be said that termites are actually eusocial insects. In the past, they were closely related to cockroaches. At this point in time, there are more than 3,100 known termite species. These insects are very frightening because they prefer eating rotting and decayed wood. The queen termite can live at least 50 years.

Over that period of time, she is going to produce thousands of offspring. Suffice to say, termites are a problem that is going to compound very rapidly. Despite being very small in size, termites have a huge appetite and they’re not going to stop until your home’s foundation is weak and unstable.

If you’re not cautious and do not take action immediately, the termites are going to cause thousands of dollars in damages to your home. As soon as you notice termites in your home, you need to get in touch with us!

How We Can Help

Our company is skilled and experienced in termite removal. We understand that most people will not be able to eliminate termites on their own and they shouldn’t have to. Nevertheless, we encourage all consumers to act rapidly when they spot termites in and around their home.

An termite infestation can happen very quickly, and the problem can compound even quicker. You cannot allow termites to ruin your beautiful home. Thankfully, taking control of the situation will prove to be easier than you could ever imagine. All you need to do is get in touch with us. We’ll provide you with the solution that you’ve been looking for. 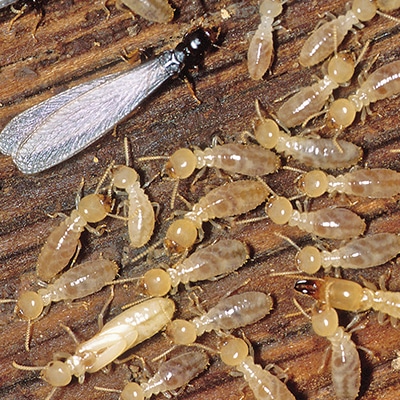